My name is red. I am the persimmon fruit blooming beneath the bones of your chest. Mine are the dark rivers coursing the rapids of your body, spilling into the thirsty earth. Red is the voice of life and death. Red is the dark wing of dreams crossing your face as you lean into the deep well of sleep. I am the color painted across your eyelids, the life born of blood and breath. Red is the body: rose lungs, cinnamon labia, purple heart, cerise stomach, blush intestines, burgundy kidney, carmine womb, cadmiun liver, crimson ovaries, cinnabar cervix. Red is sacral scarlet blood, sweetest sangria wine.
Posted by Danna at 9:31 PM No comments:

Email ThisBlogThis!Share to TwitterShare to FacebookShare to Pinterest
Labels: this moment

Traffic pulses like a heartbeat along the tarred artery that connects the city to the highway. The heat is back, pressing its square thumb down on the morning. A string of words are still out on the horizon, waiting to be voiced. My throat clenches thinking of them.
Posted by Danna at 8:40 AM No comments:

Email ThisBlogThis!Share to TwitterShare to FacebookShare to Pinterest
Labels: this moment 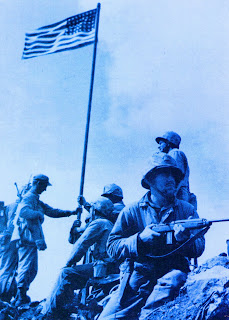 from Images of World War II

I've had enough down time this summer that the novel has resurfaced and it's time to get back to work. The novel spans 1917-1949 and is a reimagining of an ancient tragedy. The protagonist is a young man who is unknowingly burdened with the "sins of the fathers", a secret which he uncovers and then ulitimately must face as he confronts his fate.

World War I, specifically, the death of William on the front, is a turning point for Daniel's father, who, now that his brother is dead, becomes the son who will inherit the family's fortune. It is during WWII, in the Pacific Theater, that Daniel unwittingly immerses himself in his father's secret life and sets off the tragedy that will alter the direction of his life and his family's legacy.
Posted by Danna at 11:41 AM 1 comment:

Email ThisBlogThis!Share to TwitterShare to FacebookShare to Pinterest
Labels: writing my novel

What I Made Today - Collages 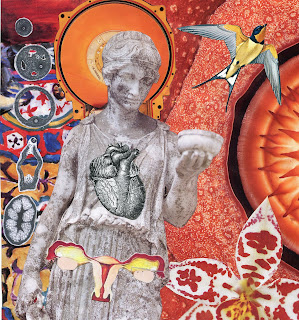 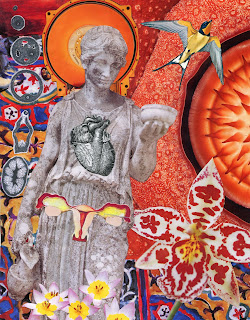 I'm back to making collages as sketches for paintings. What's always interesting is seeing how the finished painting differs from the collage. It's a surprise to see the direction the painting takes, how it has a life of its own.
Posted by Danna at 11:29 AM No comments: